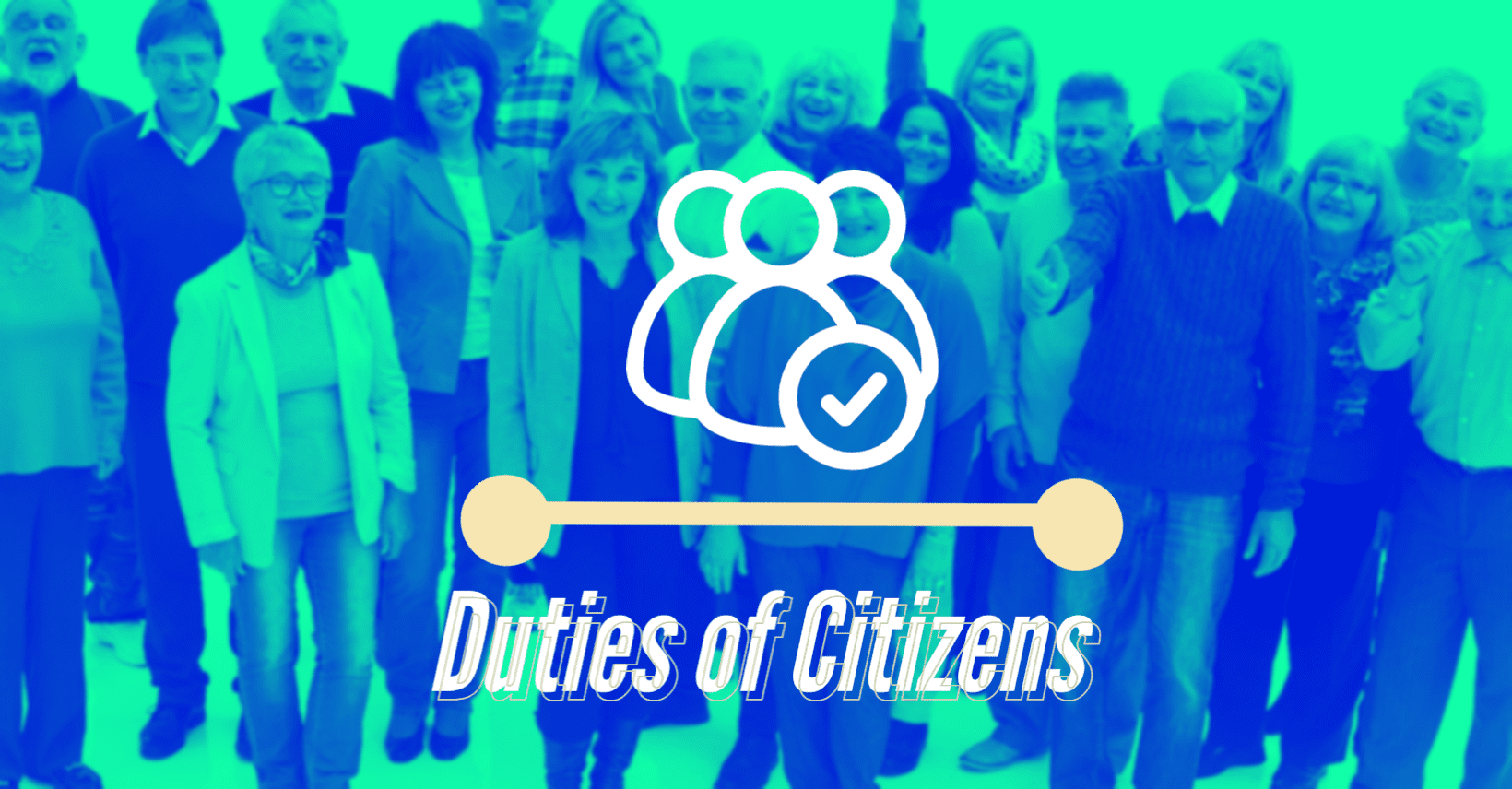 Some responsibilities which are to be fulfilled by the citizens are listed below:

To understand these responsibilities of citizens, we are explaining each duty in brief.

1. Respecting and overseeing the laws

Everybody is equal in the eyes of law. The lottery is it, citizen, equally. The government formulates certain rules by confirming within the boundaries of the law. It is the responsibility of the citizens to obey the rules and laws of the country.

2. Use of adult franchise

Adult franchise means the Right to Vote to all adult citizens. The right to vote comes with a responsibility to vote in elections. In a democracy, people’s representatives formulate the laws. That’s why it is the responsibility of the citizens to vote for the right candidate in the election so that the country can get a capable and visionary leader.

The government collects that from the people and uses it for the development of the country. Hence, it is the responsibility of the citizens to pay taxes to the government on time. They should willingly and honestly pay the taxes levied by the government.

5. To participate in the development activities

6. To respect the rights and opinions of others

Every citizen should enjoy their rights without violating and disturbing the right of others. Respecting the rights of others is the responsibility of the citizen.

7. To warn about the violation of national interest

No organization whether national or International should get involved in two activities that might leave him for the country’s integrity self-respect. The citizen should be aware and keep surveillance of such activities.

8. To be about the contemporary events

Every citizen should be aware and alert about the contemporary issues and events of the country. Express their constructive of Indians for the betterment of the country.

9. To use and care of the public property

Public property is the property of citizens. Every citizen has the right to use these properties. Similarly, they also have the responsibility to take care of and protect those properties