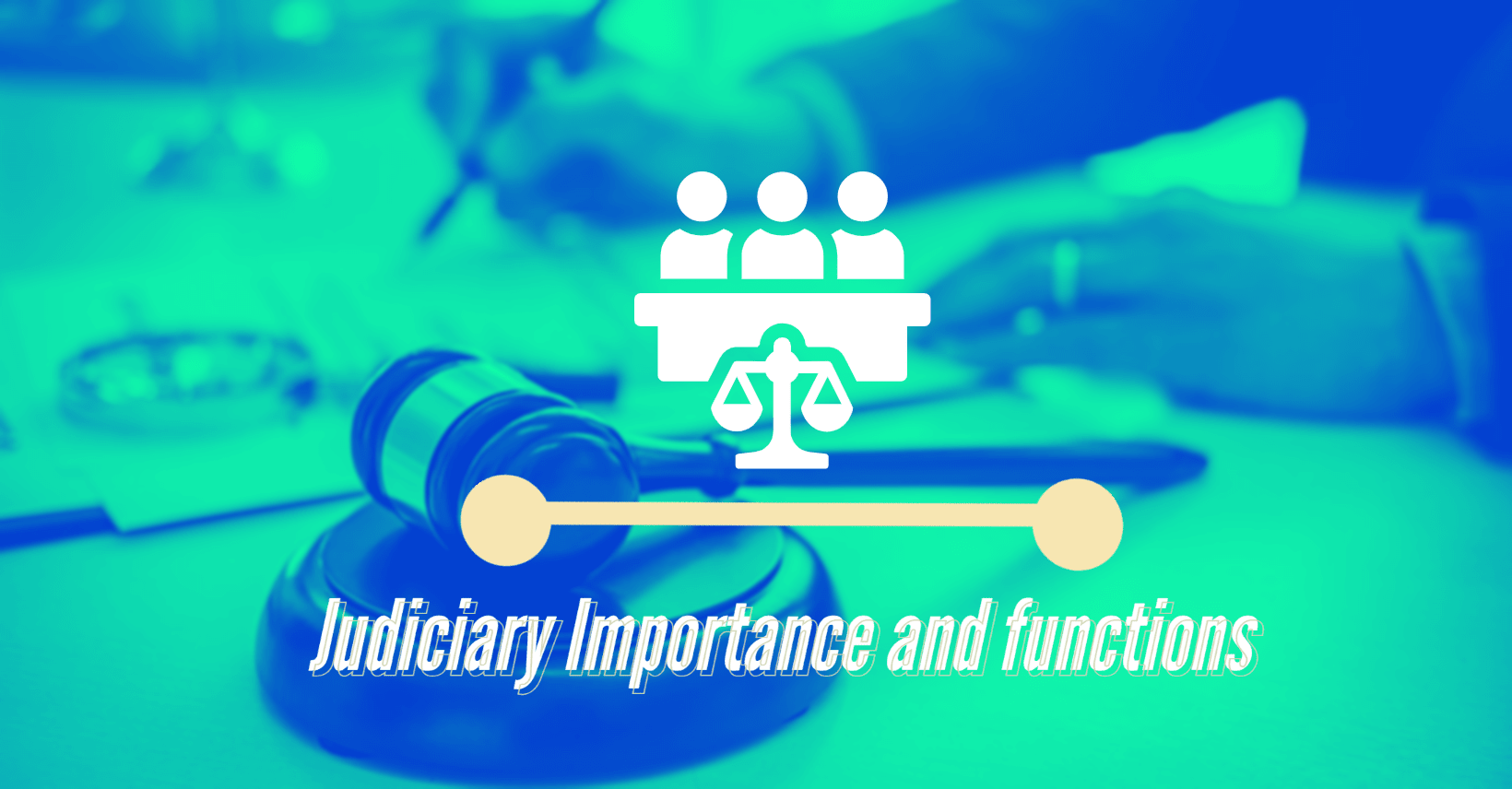 Judiciary is an organ of the state that is concerned with providing justice. Powers relating to justice are exercised by courts and other judicial bodies. All should abide by the orders or decisions made in the course of the trial of lawsuits by the courts.

In order to maintain rule of law in the country, the Judiciary interprets the law made by the legislature and implemented by the executive. It reforms works like Judicial review, giving legal punishment to the guilty party, and protecting human rights. It safeguards the fundamental rights of the people. Thus it is also called ‘ The Guardian of Law ‘. Judiciary is a highly respected organ of the state. It maintains the respect of the laws in the country. An independent, impartial and competent judiciary is the base for democracy The concept of a democratic state with a rule of law cannot materialize without an independent judicial system. Judiciary is the protector of people’s life, freedom, and security. An independent judiciary ascertains justice and it is the touchstone of the civilization. For this, the judiciary must be independent, impartial, and competent.

There are three types of courts in Nepal according to part 11 of the Constitution of Nepal. They are:

In addition to these courts, other judicial bodies may be formed at the local level to try cases on the law or other bodies as required may be formed to pursue alternative dispute settlement methods.

The supreme court is the highest court in the judicial system of Nepal. It is the court of record in the sense that its decisions are recorded for long-lasting memory of evidence. All codes and judicial bodies, except as otherwise provided in this constitution are on the supreme court. The Supreme Court has the final authority to interpret the constitution and laws.

There is a high court in each province. Is the high court consists of search numbers of judges, in addition to the Chief Judge, as provided for the federal law? The chief justice, on the Recommendation of the judicial Council, appoints the Chief Judge and judges of the High Court.

The chief justice, on the Recommendation of the judicial Council, appoints judges in the district courts.

The main function of the Judiciary is to provide equal justice to the citizens using the prevailing laws of the country. It saves the innocent and punishes the offender. It gives verdicts on both civil and criminal cases.

Judiciary interprets the law practiced in the country. When the course gives decisions on any case, it explains the meaning or spirit of the law. Sort explanation can be used as the precedent if’s a similar type of case is filed in the court. So, the precedent works as a law.

3. Protection of people rights and freedom

The constitution provides various rights to the citizens. If the rights of the people are violated then the course restores their rights. Judiciary is the only organ to protect people’s fundamental rights and freedom.

It provides suggestions and advice in critical legal matters. Generally, the head of the state and the head of the government take advice from Judiciary regarding constitutional and legal problems.